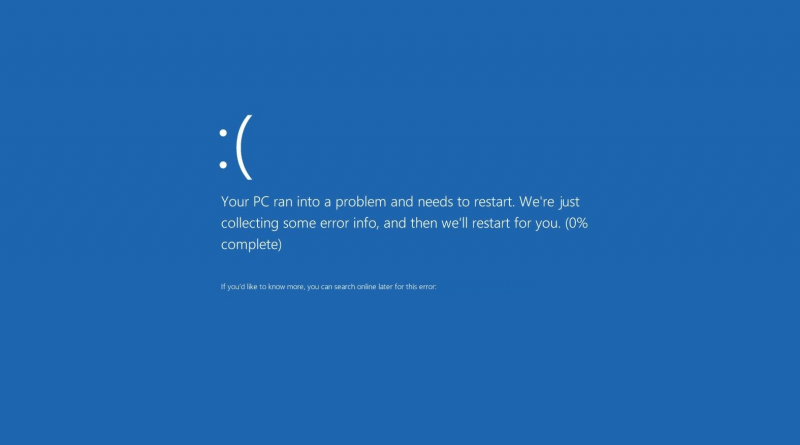 Microsoft has decided to change the black screen of death (BSOD) introduced in Windows 11 back to the more familiar blue color.

As Ars Technica discovered in extensive patch notes for a new preview build, Microsoft confirmed the switch in the changelog, saying, “We changed the screen color to blue when a device stops working or a stop error occurs as in previous versions of Windows.”

The reasoning behind the initial replacement of the BSOD to another color was never revealed. The long-established blue error screen has been a recognizable cosmetic feature of the operating system for decades, so it was slightly perplexing when Microsoft opted to apply a fresh look to the dreaded system fault notification.

Microsoft’s line of thinking for the change was probably related to the revamp of Windows 11’s user interface. The technology giant perhaps wanted practically all aspects of its latest OS to deliver an updated appearance — even elements that users don’t enjoy seeing. In all likelihood, the swap was enacted to go with the new black log-on and shutdown screens.

Windows’ blue screen of death has remained an inherent part of the operating system’s many iterations. The BSOD was first implemented via Windows 1.0, which was released in 1985. Later versions of Windows incorporated various features over the years to assist users in troubleshooting faults, including debugging information and the less helpful addition of a sad face.

Still, one characteristic that has remained for over 35 years is the color of the error screen. Who knew one could be nostalgic over a fault screen of all things?

While the end-user will understandably be frustrated anytime they’re greeted by the blue screen of death, it’s an integral part of Windows. Error messages can help diagnose both software and hardware-related issues that cause a user’s system to crash, which is particularly helpful for IT professionals.

Irrespective of color changes, at least the functionality has been kept in place for the BSOD. Other areas of Windows 11 have been subjected to several notable issues affecting performance and memory, in addition to a recent bug that results in thousands of empty folders.

As for the BSOD update itself, it’s due for a release in the coming days or weeks. Aside from the black color reverting to blue on the error screen, the new build fixes problems associated with rendering Windows 11’s new Taskbar and Start menu. Complications impacting bluetooth audio volume control, printers, and 32-bit apps have also been patched.