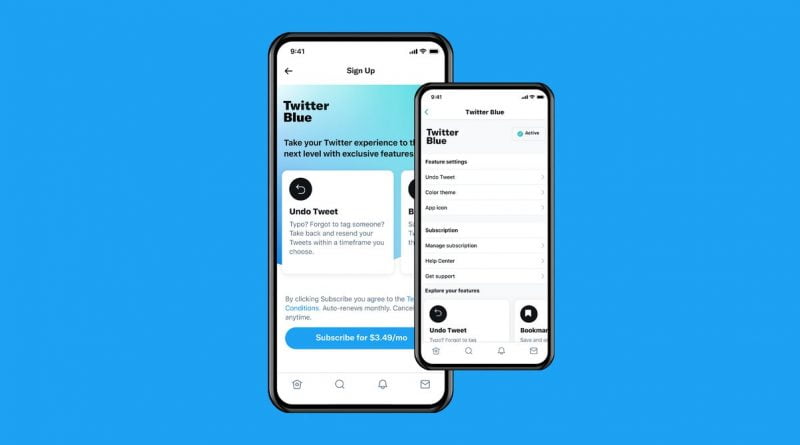 Should you get Twitter Blue? That depends on whether you consider yourself a “power user.” The platform’s new subscription service, which costs $3 per month, comes with a suite of requested features: bookmark folders for organizing saved tweets, a “reading mode” that declutters long threads, and a (sort of) edit button, good for 30 seconds of revisions after a tweet is sent. It also comes with ad-free access to articles from a number of journalism outfits, like The Washington Post, Rolling Stone, and The Atlantic.

Compared to the number of third-party apps that give Twitter more brawn—plug-ins that help you auto-delete your tweets or search within the tweets you’ve liked—Twitter Blue feels a little overwhelming. But considering it’s the company’s first-ever paid product, Twitter has chosen to go narrow, catering to a small group of people by giving them exactly the features they want.

Twitter Blue doesn’t get rid of ads in a user’s feed or change much about the tweeting experience itself. But it is part of the company’s plan to diversify its revenue beyond advertising and become more than a place to share thoughts in 280 characters. In January, Twitter acquired the newsletter company Revue and Breaker, an audio social service, to build up new product offerings around newsletter subscription and audio chat. In March, it acquired Scroll, an ad-free news reader.

People who liked Scroll will find a lot to love about Twitter Blue. It’s almost exactly the same service, but less costly: Scroll charged $5 per month. Part of the Twitter Blue subscription fees will go directly back to the publishers it partners with. Twitter did not disclose how much but wrote in a blog post that “our goal is to help each publishing partner make 50 percent more per person than they would’ve made from serving ads to that person.”