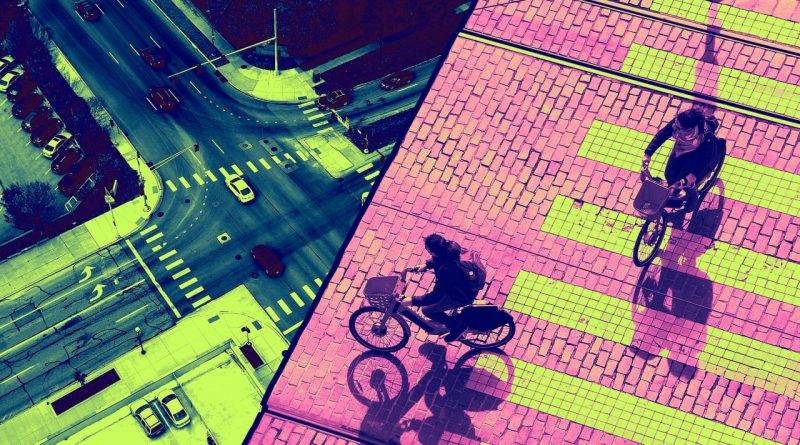 The current draft of the proposed Build Back Better bill would (if it ever passes) give a financial boost to the transition to electric vehicles, supplying federal tax credits for both EVs and electric bike purchases. But the incentive for EVs is large, while the bike incentives are much smaller—and available to fewer people. The difference between those incentives shows just how much the Biden administration is still prioritizing driving, rather than encouraging people to give up their cars, at least for shorter trips.

According to the latest version of the Build Back Better framework, if you’re looking to purchase an EV, you can expect a total of $12,500 tax credit, if the vehicle meets certain domestic assembly and battery capacity requirements. That’s available to individuals earning up to $400,000 (or $800,000 for joint tax returns). For electric bicycles, the bill includes a credit for 30% of the cost of an e-bike priced under $5,000, for a maximum credit of $1,500. The baseline income cap for that credit is $75,000 for an individual, $112,500 for a head of household, and $150,000 in the case of a joint return. The credit gets reduced by $200 for each $1,000 that a taxpayer’s gross income exceeds those caps.

“There’s a really wide chasm between what the electric vehicle credits are structured as…and what the electric bicycle tax credit looks like,” says Noa Banayan, director of federal affairs at PeopleForBikes, a bicycle trade association and advocacy organization. PeopleForBikes has historically focused on advocating for federal policies connected to bike infrastructure, such as building safer, more connected bike lanes, but as e-bikes have become more popular, so has the policy focus of the organization.

There’s a few reasons for that gap, Banayan says. First, there’s an existing tax credit framework for electric vehicles: an EV tax credit between $2,500 to $7,500 is already available, and EV adoption in particular is a huge focus of the Biden administration. “And ultimately we know that there’s just a big difference between car ownership and ridership and bicycle ownership and ridership in the United States,” she adds.

These incentives, along with the infrastructure investments currently being proposed, could help close the gap between the types of transportation Americans take—but making the income caps for EV versus e-bike credits more aligned could also help. Banayan couldn’t say exactly why the income caps are so much lower for the electric bicycle credits, but part of it may just be that EVs are more well known to policy makers than e-bikes are; the group’s main focus up until two years ago, before even thinking about e-bike incentives, “was just educating policymakers on what e-bikes are. They’ve known about electric vehicles for much longer.”

That kind of education may need to happen for many Americans, too, who can’t yet see an e-bike fitting into their life as easily as just replacing their gas-powered car with an electric car. But although much of the country is car-centric, there’s still room for many people to replace some of their driving with an e-bike ride. Dillon Fitch, co-director of the BicyclingPlus Research Collaborative at University of California, Davis, thinks the incentive amount for electric bikes is lower because “no one’s really sure whether e-bike buying is going to reduce vehicle miles. There’s a hesitancy here.”

But he is confident. “My personal thought is that the potential for e-bikes to reduce vehicle miles in the U.S. is actually greater than in Europe,” he says. When looking at European e-bike incentive programs like subsidies or e-bike loans, Fitch’s research has found that between 35 and 50% of those e-bike trips would have been made by a car, if an e-bike weren’t available. But in Europe, both e-bikes and cars are competing with strong public transit service. “In the U.S. most of our urban environments don’t have good transit, so really the idea that e-bikes would substitute for car travel seems much more plausible.”

There’s a caveat there that many places in the U.S. may not have strong bicycle infrastructure, either, and so people may not feel safe or comfortable taking an e-bike to the grocery store or to drop their kids off at school. “We still have a long ways to go to make comfortable biking environments,” he says, but there’s also a question of which comes first—the incentives to get people on bikes and change their behavior, or redesigning cities and streets for bikes?

Both need to happen, bike advocates agree, and Banayan says the number of people who can look out their front door and say they have “good enough” infrastructure to take a bike trip where they need to go is growing. Opening their minds to that fact is the first step in getting people to replace car trips with bike or e-bike rides. “After that its realizing, what do you really need your car for that an e-bike can’t do?” she says. In Washington, DC where she lives, she sees parents drop their kids off from e-bikes to school, people filling cargo e-bikes with groceries, and businesses using e-bikes for delivery. “There’s a lot you could say to someone who isn’t at the point of understanding exactly how an e-bike can serve them.”

And e-bikes will be crucial for replacing such short car trips, experts say, especially as driving increases. The difference between prioritizing a switch to electric vehicles, and prioritizing a switch away from cars in general, and  toward other carbon-free modes of transportation like e-bikes, is the difference between taking a short-term versus a long-term view of our future, Fitch says. “In the short term, yes, it makes a lot of sense to promote EVs, because they’re going to have a much larger impact on reducing transportation emissions right now because people are autocentric in the way they travel,” and because most people who buy an EV are replacing their combustible engine vehicle, he says.

“But as we look further, and we see how much driving is rising—our miles are not peaking, we’re driving more and more and more—you can clearly see in the horizon where even all-electric miles are not going to be sustainable,” he says. “We’re just driving too much.” Getting people to switch to e-bikes for at least some of their transportation would also help reduce traffic and congestion issues in cities, and make transportation more equitable, as well as lead to less pollution overall. “The bigger picture is we need to get people out of cars for a lot of their [regular day-to-day] travel.”

Both Fitch and Banayan note that the electric bicycle credit is an important inclusion in the Build Back Better framework. The dollar amount of the credit is on par with e-bike incentives used in Europe in the last few years, Fitch says, though he’d prefer to see it as a set dollar amount rather than a percentage of a bike’s total cost, and for there to be bigger incentives for low-income Americans, rather than a cap on the income eligible for the credit.

Still, this e-bike credit “is the first of its kind being discussed at the federal level, and honestly the speed at which it moved from inception of the idea to being included in the president’s Build Back Better agenda is really significant progress,” Banayan says. But ideally, she adds, this more limited credit would just be the beginning. “And in a year’s time from now we can hone it and edit it and adjust it to ensure that anyone who wants to be able to ride an electric bicycle to replace their short car trips in the U.S. can.”