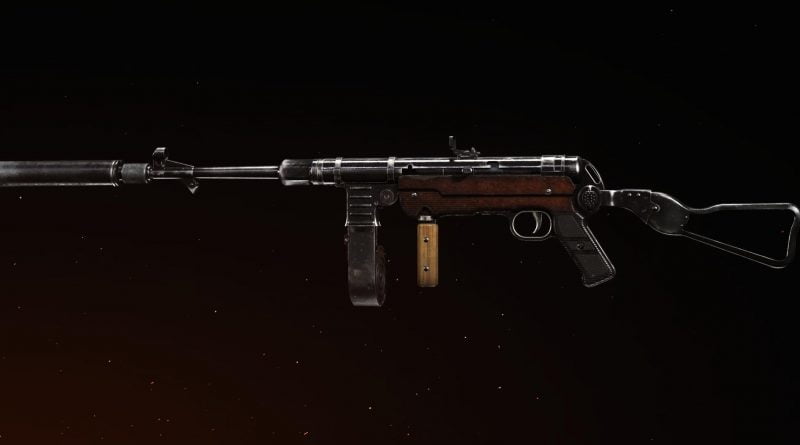 With the launch of Call of Duty: Vanguard, players have been experimenting with the slew of weapons available, many of which are excellent. While the meta is still falling into place, there are some immediate outliers you should try including the MP40 SMG. This is the starting SMG in the game, meaning many players have already begun using it. But considering how long it takes to level up weapons, you’re likely still working on grinding certain guns and possibly wondering which ones are worth spending your time with.

The MP40 is fantastic and is well worth reaching max level with. But which loadouts are the best? Here, we’ll cover the best MP40 builds for multiple playstyles in Call of Duty: Vanguard.

Before jumping into the builds, let’s first touch on the basic overview for the MP40 SMG. With it being an SMG, of course, it excels up close, but it’s also not bad from afar either, thanks to its low recoil. Though, as expected, its time to kill (TTK) decreases drastically after about 16 meters or so and is one of the slowest in the game. Despite this, we still recommend the MP40 since it’s available right from the start, has low recoil, and has the potential for a competitive TTK when built properly.

Keep in mind, when building the MP40 — or any weapon — you should ensure the loadout works with your playstyle. The nice thing about the MP40 is that you can build it in a variety of ways, from close to mid-range, with lots of variations in between. The MP40 has 70 attachments, so if you don’t like a particular build, you can tweak it in a number of ways to work with your playstyle. Below are two of the best MP40 loadouts.

Despite being a close-range SMG, the MP40 works well at mid-range, within 16 meters or so. That might not sound like much, but when playing on small maps like Das Haus, or some sections of Hotel Royal, Dome, and Decoy, there are plenty of opportunities for success with the MP40. For the mid-range build, you should prioritize recoil control and bullet velocity to ensure you can secure eliminations from afar.

Start with the M1929 Silencer Muzzle for sound suppression and a boost to accuracy. This does penalize your aim down sights (ADS) times, but considering this is a mid-range build, it won’t impact you much. Then, use the Krausnick 317mm 04B Barrel for a boost to damage range and bullet velocity, along with better recoil control and less idle sway, which will all improve your chances of earning kills from afar.

The MP40 iron sights are decent, but we recommend using an Optic such as the Slate Reflector so you can line up your shots easier. This build does lean into accuracy and recoil control, but we actually recommend using the Krausnick 33m Folding Stock in this case to offset the downsides of the other attachments. This Stock boosts your movement speed and sprint-to-fire speed, which compliments the Barrel and Underbarrel. You can swap over to the VDD 34m Padded Stock to gain more recoil control, but it will slow you down, so it’s a toss-up.

Next up, use the Carver Foregrip Underbarrel for even more recoil control at the expense of slowing you down slightly. This is why we like using the Krausnick 33m Folding Stock to make up for some of the slow-down. After that, you should equip the 9mm 64 Round Drums Magazine so you have plenty of ammo to secure eliminations from afar. You’ll find that the farther away your enemies are, the more ammo you’ll need to take out your opponents, so the 64 Round Drum will come in handy.

Follow that up with the Lengthened Ammo Type, which boosts your bullet velocity even more. This attachment is only useful on bigger maps, so if you’re on Das Haus or Shipment, you can get away with using something else like Hollow Point or Frangible. For the Rear Grip, we recommend the Stippled Grip, which gives you even more recoil control, improves your centering speed, and offers better sprint-to-fire times. Speaking of accuracy, the Brace Proficiency is ideal in this case, as it improves the accuracy of your initial shots with no downsides. Finally, the Quick Kit is always a great choice, allowing you to sprint faster. Though, you can also use Fully Loaded if you plan on hanging back.

As for perks, there are a few decent options, but we advise the following setup:

There’s plenty of room for variation with the perks, so use what works best for you. Ghost is always a solid option, as it prevents you from appearing on enemy Spy Planes and Field Mics. We also love Radar, which allows you to see enemies who fire unsuppressed weapons on the minimap. Finally, Overkill is hard to pass up for the last slot, giving you access to a second primary weapon. If you use Overkill, try to come equipped with a long-range option such as a sniper or assault rifle so most of your bases are covered.

The lethal equipment in Vanguard leaves little room for experimentation, but you can’t go wrong with Thermite. Also, Stims are one of the best pieces of tactical equipment, allowing you to immediately regain health, which can save your life in the midst of a battle. Both of these items work well in many situations.

While the mid-range MP40 build is perfectly viable and effective depending on the map/mode, using a close-range loadout can be ideal as well — it’s an SMG, after all. With that in mind, stick with the M1929 Silencer Muzzle to remain hidden when firing while boosting your accuracy. After that, we advise swapping to the Krausnick 221mm 01B Barrel for a boost to ADS speed, hip-fire accuracy, aim walking movement speed, and sprint-to-fire speed — all of which are ideal for close-quarters. From there, stick with whichever Optic you like, but we advise using the Slate Reflector once again since it doesn’t penalize ADS speeds.

After that, you’ll want to use the Krausnick 33m Folding Stock, which gives you a faster sprint to fire speed and movement speed at the expense of recoil control. For an up-close build, recoil control isn’t as important, so you can get away with using this attachment. Once again, we advise using an attachment that helps with sprint-to-fire speed and hip-fire accuracy — in this case, the SMLE Pistol Grip Underbarrel.

Next up, swap over to the 8mm Kurz 32 Round Mags for this build. This attachment is ideal for close quarters, as it boosts your damage by a considerable amount. This does slightly decrease your fire rate, but given just how powerful the 8mm Kurz rounds are, they’re worth using. Having only 32 rounds is certainly a downside, though it’s a fair price to pay for more damage. From here, you can swap over to the Hollow Point Ammo Type for increased limb damage. While this attachment doesn’t typically change the TTK of weapons in general, it’s nice to have it equipped since it can be useful when eliminating an enemy who has already taken damage. On fast-paced maps, it’s common to start shooting an opponent who is already weakened.

Use the Fabric Grip Rear Grip for improved ADS speeds, sprint-to-fire speeds, and hip-fire recoil recovery. Again, these are all ideal for a close-range class setup, particularly in that you’ll be able to start firing right away. Since this setup is meant to be used up-close, the Unmarked Proficiency will come in handy, allowing you to silently infiltrate your enemy’s spawn without making noise. The silent footsteps work like Dead Silence, only they only last for a limited time. Still, if you’re getting eliminations, you’ll continue to stay silent. Finally, we advise sticking with the Quick Kit to give you a sprint speed boost.

You can use the same perks as the previous loadout and still do fine, but we recommend changing a couple of things if you plan on getting close to your opponents. Stick with Ghost in this case, as it’s sort of an evergreen perk. Then, swap over to Tracker, which shows you enemy footprints and hides the death markers of enemies you eliminate. This will make it easier to stay by your foes longer. Finally, the Lightweight perk is great since it allows you to move faster.

When it comes to equipment, you can use a number of different items, but we really like the Demolition Charge. Especially when playing on a small map like Das Haus, you can throw the item into the enemy spawn and detonate it to rack up eliminations. The Stim is also a great thing to bring, but stuns are also effective.