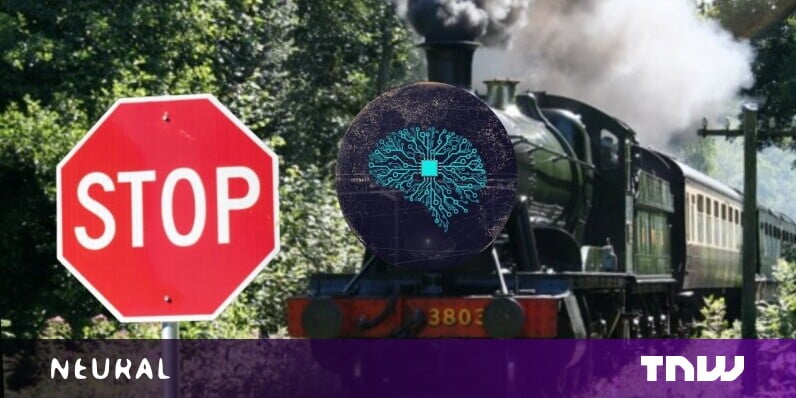 The AGI hype train has hit some heavy traffic.

“Elon’s not talking about it anymore and Larry [Page] is off to Fiji and doesn’t seem to be working on it quite as hard,” Thiel said at a recent event.

Thiel described Musk as “a weathervane for the zeitgeist,” who’s stopped talking about AGI because interest has declined.

Scientists are also increasingly skeptical. A recent study paper posited that AGI is “in principle impossible,” while other researchers have mocked the term’s proponents.

“I have yet to come across work on AGI that I can take seriously,” tweeted Abeba Birhane, a cognitive scientist based at University College Dublin.

I have yet to come across work on AGI that I can take seriously pic.twitter.com/Gjs1QM8BW2

The path towards AGI increasingly appears — at best — a long one.

Since its beginning in the 1950s, the field of artificial intelligence has cycled several times between periods of optimistic predictions and massive investment (‘AI spring’) and periods of disappointment, loss of confidence, and reduced funding (‘AI winter’). Even with today’s seemingly fast pace of AI breakthroughs, the development of long-promised technologies such as self-driving cars, housekeeping robots, and conversational companions has turned out to be much harder than many people expected. One reason for these repeating cycles is our limited understanding of the nature and complexity of intelligence itself.

Critics fear that another AI winter is coming. Hyping AGI helped spurred enormous investment in artificial intelligence, but overconfident predictions could be detrimental to progress in the field — if the real-world advances prove disappointing.