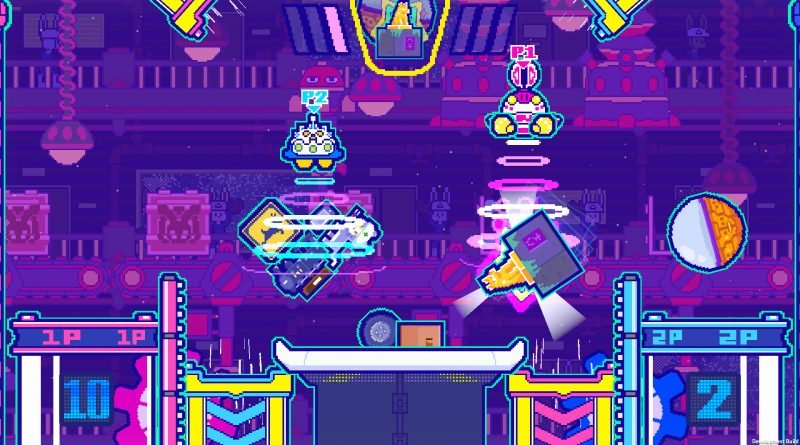 Indie developer VV-LABO and publisher Phoenixx have announced that Super UFO Fighter will arrive on Nintendo Switch and PC this January.

The game takes the concept of the classic UFO catcher machines found in arcades (or as seen in games like Yakuza), and makes it a competitive party game. Each round sees you compete against an opponent on a stage with tons of items, and falling capsules from above. Controlling your UFO, you’ll have to break these capsules to find a target prize, then deposit it in your chute before your opponent can do the same.

Everything’s turned up to 11, so you’ll be controlling actual UFOs. Each one has a ‘Shwoop Beam’ and ‘Smash Attacks’ used to fling items around the stage and at your opponent. You’ll also use this same beam to block or even deposit smaller prizes to open up barriers on the game’s stages.

You’ll pick from one of six different UFOs, each with its own stats, beams and Smash Attacks. There’s ranked, casual and friend modes to allow you to play with chums or strangers online. The game also supports local play, as well as cross-platform multiplayer too.

Check out a trailer for the game for yourself down below. Super UFO Fighter is set to launch on Nintendo Switch and PC on January 13, 2022.