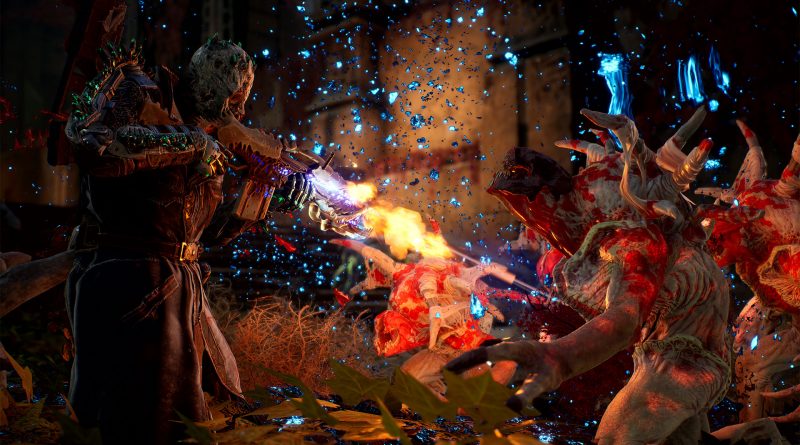 People Can Fly has revealed a vast swathe of endgame changes coming to Outriders in a New Horizon update tomorrow, as well as confirming the game’s first full expansion Worldslayer next year.

Starting with the former, the free New Horizon update includes four all new-Expeditions. Each has a new story, new characters and more all tying into the end of the game’s existing narrative. Molten Depths, The Marshal’s Complex, City of Nomads and The Wellspring are their names, with the first available right away. The other three will unlock every four Expedition Tiers after that after downloading the Outriders New Horizon update.

The update also includes a wealth of other changes, including the removal of Expedition Timers. Tiago’s Store has had a major rework, and there’s also a brand new Transmog system to allow you to change the appearance of items. It’s as easy as collecting items, and it even works across characters too. There’s a bunch of other changes, all of which you can read on the update’s official post on the game’s Reddit.

There’s also the small matter of that new Worldslayer expansion. Though the team aren’t saying much yet, they do confirm it’ll be a “fully formed” new expansion. There’ll be more information revealed on the next expansion in Spring 2022, and the expansion itself is pencilled in for later in the same year.