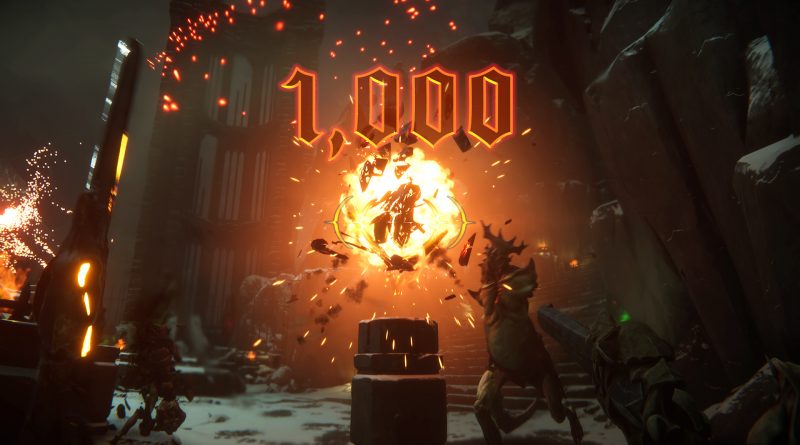 Developer The Outsiders has announced it will be delaying the launch of rythmn FPS Metal: Hellsinger into 2022.

In a short-but-sweet press release, the launch has shifted in order to “meet the high expectations for the game”. Metal:Hellsinger was first revealed back in June of last year. You’ll be blasting your way through the depths of hell, going up against hordes of demons and devils to an intense metal soundtrack. Each level has its own song, and each of these songs has several layers. The better you perform, the more layers of the song play.

Said soundtrack has some well known metal artists too, including Alissa White-Gluz of Arch Enemy, Tatiana Shmayluk of Jinjer and Mikael Stanne of Dark Tranquillity. The shooting should also be pretty solid, given the studio is headed up by Creative Director David Goldfarb; former lead designer of Battlefield: Bad Company 2. He also worked as lead designer of Battlefield 3 and was the game director of Payday 2.

A specific date has not been given, but Metal: Hellsinger will now arrive in 2022 on “next generation” Xbox and PlayStation consoles as well as PC. You can check out a gameplay music video from last year down below.