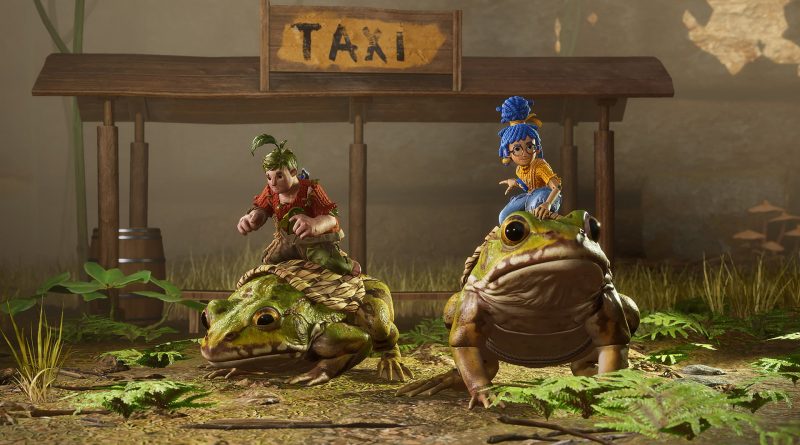 The critically acclaimed co-op adventure game It Takes Two is now on Xbox Game Pass. With the title coming to Microsoft’s subscription service on console, cloud, and PC, many new eyes will be on the game. That means more potential players and renewed interest. Thankfully, any interested players lacking the game or Game Pass don’t have to buy one or the other in order to play with a friend thanks to Friend’s Pass.

Friend’s Pass is a service exclusive to It Takes Two that allows for free co-op play between an owner of the game and another that doesn’t have it. The service is available for It Takes Two on every platform it’s available on and can even be used cross-generation for applicable platforms. Here’s how to use it to play with any friend you’d like.

How to set up Friend’s Pass

The requirements to download Friend’s Pass are simple, with the only difference being between your platform of choice’s marketplace. This can be done via Xbox One, Xbox Series X/S, PlayStation 4, PlayStation 5, and PC through the Steam or Origin store. Remember, there is no cross-platform play, but cross-gen play is implemented.

After one player downloads the full game of It Takes Two, the player who doesn’t own it or have Game Pass needs to search for “It Takes Two” on their preferred marketplace (Xbox, PlayStation, Steam, or Origin). They’ll find Friend’s Pass in that search. Players do not need to download it on the same platform as their friend; the game has full cross-play support. Once they download it, the player with the full game just has to invite their friend from the main menu. Now both players are good to start playing the entirety of the game together even though only one player owns the game. It’s that simple.

Friend’s Pass works with the Xbox Game Pass version of the game. If you’re a subscriber, have your friend download the pass, and you’ll be able to invite them through the steps mentioned above.

This process can also work for both players and allow them to play through a demo of the game if neither owns the full title. The same setup applies, but this time, both players have to download Friend’s Pass. This only allows you to play the game up to the end of the first level. To go any further, at least one player has to purchase the full game or subscribe to Xbox Game Pass while it is still a featured title.