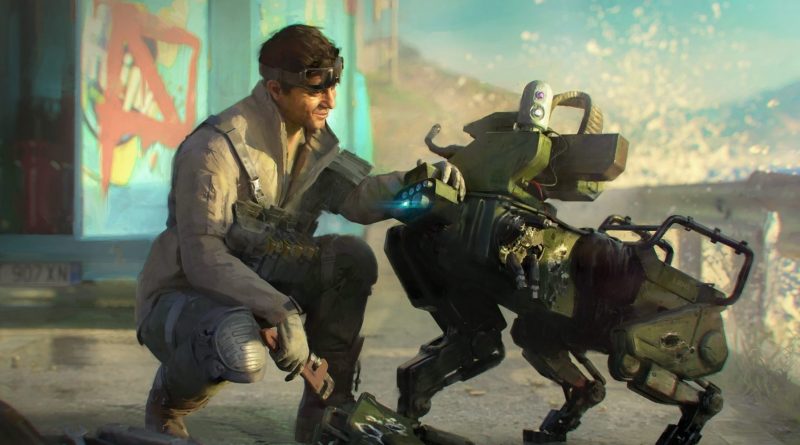 Battlefield 2042 features several ways for players to heal themselves and each other. Out of 10 playable specialists, two come with the power to revive fallen allies. However, players have access to other healing items to coordinate within a cooperative squad. Getting shot deals plenty of damage, so recovering as quickly as possible should be the priority. Here is everything you need to know about how to heal in Battlefield 2042, along with some helpful tips and tricks to reviving fallen teammates.

Unlike previous games, players do not have bandages or first aid kits in their inventory. Unless you’re carrying a Medical Crate or Med Pen, there is no way to heal yourself on the fly. How you feel about this is entirely your own opinion. Players used to self-healing after a quick engagement need to find alternate methods.

You will heal passively when out of combat. If you’ve taken a few shots, you’ll need to find a spot to hide for a few seconds while your health regenerates. However, there are few places to hide from 64 other players in the game’s current state, especially when 70% of the fight takes place around one or two objectives.

There are only two equipable gadgets that can heal you in Battlefield 2042. They are Medical Crates and Med Pens. Players will start with Medicale Crates available to them, but the Med Pen must be unlocked by reaching level 26.

Like the Stim Shots from Call of Duty, Med Pens are a quick jab in the arm that’ll restore you to full health. However, they take the place of your gadget, thus sacrificing a team-benefiting item like Medical and Ammo Crates. This also means no anti-vehicle gadgets like the Recoilless M5 Rockets or C5.

Medical Crates are more beneficial because they’ll heal any teammates standing in the vicinity. Furthermore, they’ll continue to heal you as you take potshots from behind cover. Med Pens are one-and-done, where Medicale Crates help you hold your ground.

The medics of Battlefield 2042

With 10 specialists to choose from (and more on the way via multiple seasons), there are only two that can revive fallen teammates. They are Falck and Angel, and both work in two very different ways.

Players met Falck in the beta and learned all about her healing pen and full-health revival. To revive a fallen teammate in Battlefield 2042, look for the blue EKG symbol (the heartbeat monitor) appearing on the battlefield. If it’s a squadmate, the symbol will appear green. Remember, medics can revive anybody, whereas squadmates can only revive others in their squad.

Run over to them and press the appropriate button to pull out your defibrillators. After about two seconds, your teammates will revive in the prone position and can get right back in the fight. When Falck revives people, she’ll restore them to full health.

Falck can use her Syrette Pistol to heal injured teammates but can also use it to heal herself. The self-heal works like the Med-Pen without costing you a gadget spot.

Angel is the all-around utility man in Battlefield 2042. He can call in loadout drops, allowing teammates to refill on their current loadout or change to a new one altogether. Remember the One Man Army perk from Call of Duty: Modern Warfare 2? Angel’s Loadout Crate is essentially the same thing.

The Loadout Crate also benefits the players, especially when they find themselves wishing they had a sniper rifle right about now. You can call one in for yourself and swap to a different class if the situation calls for it. Furthermore, the Loadout Crate has a short cooldown, so once you’re done sniping, you can switch back to your previous class. Tank-buster players can utilize the Loadout Crate to refill on rockets. Vehicles eat a ton of damage in Battlefield 2042, so you’ll never destroy a full health tank with the M5 Rockets on hand. When you run out of explosives:

Angel will see the same EKG symbol for reviving teammates and squadmates. However, instead of restoring them to full health, he’ll provide them with armor. If they can stay out of combat for a moment, or if Angel also drops a medical crate nearby, his patients will come back with full health and armor. Other than the Loadout Crate, Angel can also drop ammo and armor pouches to his teammates.

The life of a medic isn’t easy. You’ll be running out into open gunfire to save the lives of your fallen teammates with blatant disregard for your safety. So here are some helpful tips and tricks for playing the medic role in Battlefield 2042.

For starters, you can slide into your revive. Sprint toward a fallen ally, initiate a slide, and hold the Revive button as soon as you’re prompted. You’ll keep sliding while you pull out your paddles, making you a tougher target for the sniper that just took out your patient.

To double-down on the slide-revive, you can keep moving while you’re reviving someone. Let’s say a teammate ran out from cover and got themselves shot. You can get close enough to initiate the revive and then slowly backpedal back to cover while still reviving your teammate.

If the whole team is pushing up, you can keep moving forward while reviving someone too. In short, never stand still when reviving someone. Static Medics make for the easiest kills in any Battlefield game.

Finally, as players learn how tedious it is to grind for weapons in Battlefield 2042, playing the medic is a great way to farm XP. You’ll get 50 XP with each revive. Revive enough teammates to earn the medic ribbon at the end of the match, which grants an additional 1,000 XP.