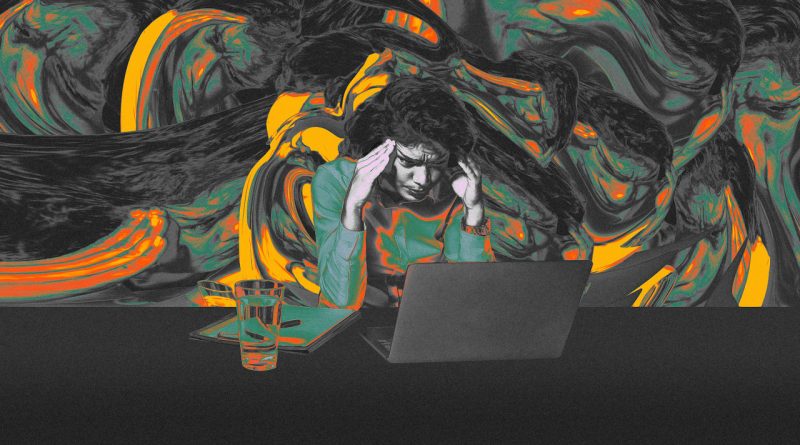 In the next phase of the Great Resignation, some workers who quit because of burnout—the sense of total exhaustion and lack of connection with work—are returning to their old jobs. Taking this type of unplanned sabbatical might help with exhaustion. But it’s unlikely to cure burnout itself, and neither are other common suggestions for self-care, from learning to meditate to avoiding emails on weekends.

The real problem is the work-obsessed culture we live in and not individual choices, says Jonathan Malesic, the author of the upcoming book The End of Burnout: Why Work Drains Us and How To Build Better Lives, which examines the history of burnout and alternatives to the way we work now. Malesic, a former theology professor who quit his own job after burning out, argues that burnout stems from two opposing forces that individual workers don’t directly control: their working conditions and their culturally-driven expectations. “In the big picture, burnout results from being chronically stretched across this gap between your ideals for work and the reality of your job,” Malesic says.

There’s no standard definition for burnout in the U.S., though a key researcher who began studying the phenomenon in the 1970s suggested that it has three components. One is exhaustion—the piece that most people probably think of when they use the phrase. But full burnout, as measured by one particular test, also includes cynicism (or depersonalization, as in cases where doctors detach emotionally from their patients) and a sense of ineffectiveness, or that your work isn’t accomplishing anything. Malesic thinks that there’s a spectrum of burnout—many workers are somewhat burned out, and a smaller group score high on all three dimensions. He argues that it would be useful to have an official diagnostic test for burnout, as exists in countries, such as Sweden; Sweden also offers workers who are diagnosed with burnout paid time off and rehab workshops.

If it seems like the problem is getting worse, it probably is. Since the 1970s, when the concept of burnout first became popular, working conditions have eroded in the U.S. Unions declined. Wages didn’t keep up with inflation. CEO pay skyrocketed. People worked longer hours. More jobs became temp jobs, without benefits. Gig work grew. At the same time, many Americans may identify even more with their careers than they did in the past. Working 100-hour weeks became something to brag about. Factory workers two centuries ago might have been exhausted, Malesic says, but weren’t burned out because they didn’t have 21st century ideas about the meaning of work. Workers now who seek “purpose” in their jobs may be more likely to sacrifice themselves to that work, telling themselves it’s for the greater good, even if the employer is really the only beneficiary. Most people want “dream jobs.” (Even Wegmans, a supermarket chain, uses the phrase “Love what you do” in its ads for checkout clerks, Malesic notes.)

It’s difficult, or perhaps sometimes impossible, for someone who’s feeling burned out to solve the problem themselves. “Something that you hear in a lot of popular business and psychology articles about burnout are things like ‘learn to say no,’ right?” Malesic says. “Well, I can learn to say no to this next assignment, but whoever asked me to do it is just going to ask the next person down the line, exposing that person to the same burden . . . that’s why I think that we’re much better off if we look at burnout in the company or workplace-wide level. Because there you can ask the question, Well, are we demanding the right things of each other?”

Some people seem more resilient to burnout, perhaps because they have lower expectations—someone who doesn’t care if they’re a star employee is less likely to be disappointed in their own performance. Those who do feel burned out will likely find it hard to change their expectations of themselves. “It’s difficult, partly because those expectations are taught to us from a very early age as children,” he says. “We learn in school that number one, school is work, and then we learn that school is for work, and that work is how we demonstrate our societal value. And I think it’s just really hard to undo that on your own.”

As a culture, he says, we need to move away from the idea that work is the center of our identities. “The first step is to recognize the dignity that each one of us has, before we ever go to work, and even if we never work,” Malesic says. “Think about a newborn infant. No one demands that a newborn earn their keep. We know that they have dignity, we know that they have value. And somewhere along the way, it seems like that person grows up and loses that value that they once had . . . suddenly, you only have value if you’re working for pay. I think that an important step would be to get over that as a culture and to recognize, Oh, wait a minute, each person I encounter has that inherent value, no matter what work they do. Or if they don’t do any.”

A universal basic income could be part of a solution, he says, along with new work schedules like four-day workweeks. There are signs now that American “total work” culture is shifting. “I don’t dream of labor,” a response to the idea of dream jobs, became a meme. Millions of people have recently quit their jobs, for various reasons, and the labor shortage could help improve working conditions. “On the one hand, some people worked way more intensively at great personal risk. Perhaps some of those people are quitting, looking for a new line of work in order that they don’t have to do that anymore,” he says. “Other people were laid off. Most of them received very generous, living-wage unemployment benefits, and perhaps they’re realizing, Hey, wait a minute, I deserve better than to have to work incredibly hard at a crummy job for crummy pay—I just experienced a situation where I wasn’t doing that. I wonder if that can be recreated in a new post-pandemic reality where working conditions and pay [are] perhaps a little bit better.”