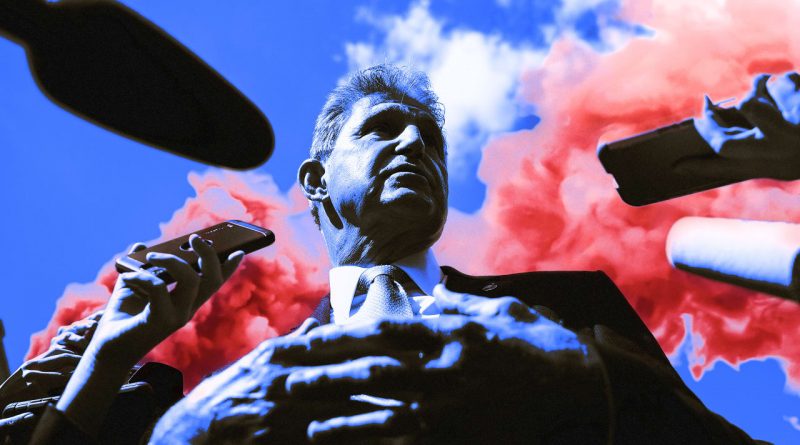 The Biden administration has set a goal of cutting U.S. emissions in half by 2030. But a key part of its plan for getting there—the Clean Electricity Performance Program, or CEPP—now is under threat.

The program, part of the Build Back Better Act now pending in Congress, would give utility companies a financial incentive to shift from polluting fossil fuels to clean power. Each utility would have to increase clean electricity generation by 4% a year, with grants for each clean megawatt hour added beyond the first 1.5%. The program would also fine utilities that aren’t moving quickly enough.

No Republican senators support the bill, which also contains other climate provisions like tax credits for consumers who buy electric vehicles, funding for EV chargers, incentives for sustainable agriculture, and multiple other programs, so it would require every Democrat’s vote in order to pass. And West Virginia Senator Joe Manchin, whose vote is needed for the bill to pass, says that he’s also opposed. Manchin, who has financial ties to the coal industry, claims that he doesn’t want to use taxpayer money to “pay private companies to do what they’re already doing.” (Arizona Democrat Kyrsten Sinema also opposes the spending bill, but has not explained her reasoning).

The catch, of course, is that many power companies aren’t moving quickly enough on their own to address the climate crisis. (Manchin also hasn’t explained why he couldn’t support fines on those companies, which wouldn’t cost taxpayers anything, and presumably wouldn’t harm the companies if the companies are indeed already transitioning to clean power. His office did not respond to a request for comment.)

Energy Innovation, a nonprofit, modeled multiple climate provisions in the two key bills now in Congress—the budget bill and infrastructure bill—and found that the CEPP has the biggest impact on how much the country will be able to cut emissions. Even though other climate policies can help, emissions in 2030 will likely be between 250-700 million megatons higher if the CEPP isn’t also in place.

Power companies are already shifting to wind and solar because they’re the cheapest option for new plants. But many are still slow to close older plants. “As utilities are looking to build new resources, wind and solar are some of the most attractive options,” says Megan Mahajan, manager of energy policy design at Energy Innovation. “So that is reflected in our ‘business as usual’ case. But there are a lot of existing coal and gas plants, and even though coal is becoming more uneconomic, and you’re seeing coal plant retirements, those existing sources of generation are still on the books and will continue.”

Even if all of the new climate provisions are enacted, the U.S. will still probably need to do more to reach the goal of a 50-52% cut in emissions. Another analysis from Senator Schumer’s office found that the policy could enable a 45% cut. But it’s a solid foundation, says Mahajan. Other steps could make it possible to get to a 50% cut, including state and local policies and other actions from the administration, such as more regulations from the EPA.

It will be hard to get there without the CEPP. “This is absolutely the most important climate policy in the package,” Leah Stokes, a climate policy expert, told the New York Times. “We fundamentally need it to meet our climate goals. That’s just the reality. And now we can’t. So this is pretty sad.”