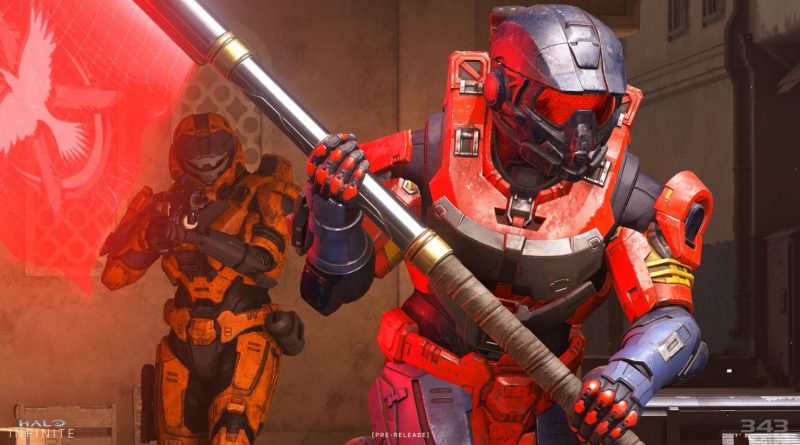 For the past few days, I’ve been playing Halo Infinite. The game’s surprise multiplayer release was all I needed to drop Battlefield 2042 and my 100th run through Skyrim. Halo’s multiplayer is a timeless thing, one that felt as though it had been built upon when I played Halo Infinite‘s multiplayer.

With its release (which developer 343 Industries wants everyone to keep in mind is a beta), Halo Infinite‘s multiplayer has proven itself as one of the best free-to-play experiences out there. On PC, I’d rank it among mainstays like Fortnite and Team Fortress 2 — it has that kind of potential staying power.

The next step for Halo multiplayer

Halo Infinite‘s fun is immediate, from the first time you see your Spartan crack their knuckles before a game starts. But the real treat in Infinite isn’t playing as an individual, but rather as a team. Once again, Halo’s meat-and-potatoes are objective-based game modes, like Oddball, which is Halo’s version of kill the carrier. Playing with a team instead of as a rogue elite super soldier is how those Halo-specific moments happen.

Is it fun to pick up active camo along with a shotgun and roleplay as a very deadly ghost? Yep. Of course, the same goes for picking up any of Halo Infinite‘s other power weapons. But they’re all used better in conjunction with teammates. Instead of using a rocket launcher to take out one or two enemies, it can be used to turn the tide of a battle or save an objective-carrying teammate. In Halo Infinite, there are always larger fights to win, and it makes every match feel dynamic.

That’s part of Halo’s DNA, something that’s been true throughout the franchise. Halo Infinite sets itself apart with its weapons and movement, both of which add even more to the multiplayer’s already fantastic bones. Hitting headshots with the game’s automatic carbine or sniper rifle is beyond satisfying, and power weapons, like the new Skewer, can leave players feeling like an unstoppable machine of war. There’s really nothing quite like skewering a Warthog full of players and being awarded with a “triple kill!” announcement.

The sad part is that you’ll only be awarded a quippy voice line from the game’s announcer. Halo Infinite‘s multiplayer is going through what feels like its awkward teenage years. While some areas of the game are polished and ready to ship, others are simply underbaked, and they’re almost all related to quality of life. Halo Infinite, while being a fun game to play, is also extremely difficult at times.

And that starts with the game’s progression system. Players in Halo Infinite aren’t awarded XP toward the game’s seasonal battle passes — which are also the sole progression system in the game — for simply playing the game. Instead, XP is handed out as an award for completing challenges in the game, most of which are pretty specific. For instance, players can get XP for destroying an enemy Ghost, but only once, and only if it’s a challenge. The game’s Scrooge-like doling out of XP leaves progression feeling (as I’ve previously said) like a slog. While 343 has already somewhat addressed this issue by adding constant challenges that give out XP for playing a match, a majority of what players do each game will still go unawarded.

Similarly unfriendly is how Halo Infinite lets players approach multiplayer in general. From the game’s main screen, you’re given the options of quickplay, big team battle, or ranked arena. For 343 Industries, this anemic multiplayer screen is a shadow of what players can expect when they boot up Halo: The Master Chief Collection. There’s no way to select specific game modes or groups of game modes. Instead, whether you get into a game of Oddball or Slayer is a roll of the dice and one that gets tiring. I personally got into five games of Oddball in a row, after which I wanted to eat my own shoes out of frustration. Sometimes you just want to play Slayer, but Halo Infinite currently doesn’t accommodate that kind of basic player choice.

Halo Infinite‘s problems, as the game is now, aren’t unbalanced weapons, weak maps, or to use a blanket term, bad gameplay. I’ve said it three times now, but I’ll say it again: Halo Infinite is a very fun game. What it isn’t is a friendly game. But the issues with its multiplayer are all fixable, they’re not baked in. When it comes to listening to its community, 343 Industries is historically open and receptive.

I wholeheartedly expect the life of Halo Infinite‘s multiplayer to go along the same route as Halo: The Master Chief Collection. The game has had a great start, and it can only go up from here.