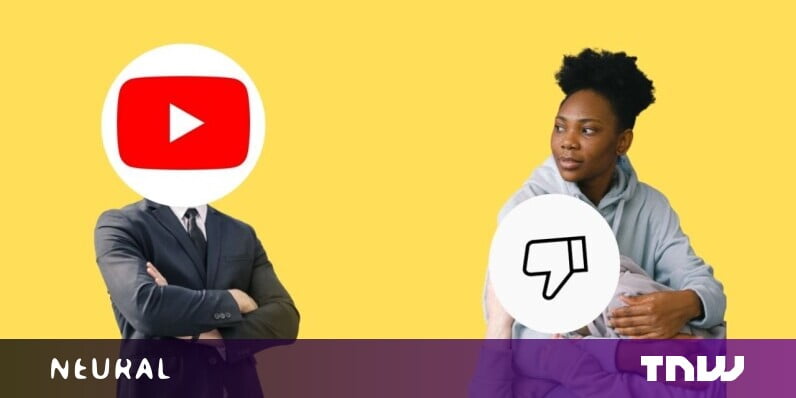 YouTube’s decision to hide dislike counts on videos has sparked anger and derision.

The company said the move will protect creators from harassment and coordinated attacks, but critics fear it will become harder to find useful and trustworthy content.

Some of them have proposed using YouTube comments as an alternative dislike counter, while others are devising technical fixes.

One inventive programmer has attempted to restore the feature in a browser extension.

The plugin currently uses the Google API to generate the dislike count. However, this functionality will be removed from December 13.

“I’ll try to scrape as much data as possible until then,” the extension’s creator said on Reddit. “After that — total dislikes will be estimated using extension users as a sample.”

The alpha version isn’t perfect. It currently only works on videos for which the Youtube API returns a valid dislike count.

The calculations could also be skewed by the userbase, which is unlikely to represent the average YouTube viewer. The developer said they’re exploring ways to mitigate this, such as comparing the downvotes collected through the public of extension users to a cache of real downvotes. The results should also improve as uptake grows.

Despite these shortcomings, I applaud the effort. Hiding dislikes may comfort some creators, but it also quashes dissent and removes a way of spotting scams, crap tutorials, or clickbait.

The plugin could provide a useful service, but its greatest value may be as a potent symbol of protest.

You can ty it out here — but proceed at your own risk. If you want to check out the code, it’s been published on GitHub.