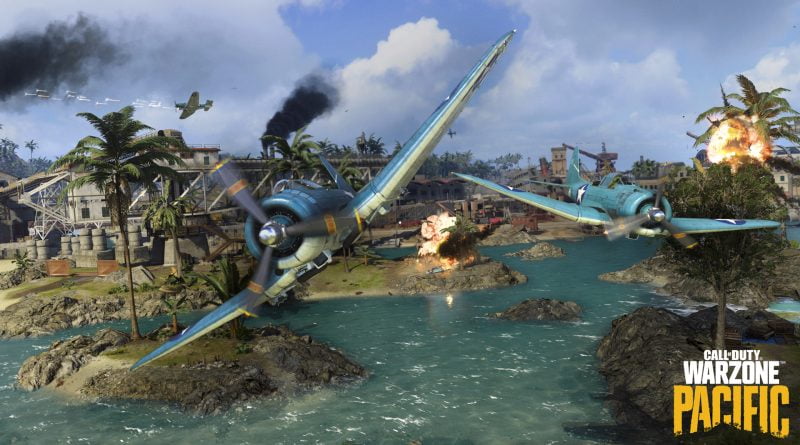 The official Call of Duty blog has detailed what’s coming to Call of Duty: Warzone in the run up to the new Pacific map on December 2.

It’s all tied in with the launch of Call of Duty: Vanguard, of course. Season One of the new era formally kicks off on that date. But not before a few weeks of pre-season content before it arrives. Proceedings begin November 18 with a swansong for Verdansk in the form of an Operation Flashback limited time event. That’s followed by another limited time event that is set to reveal intel on the new Caldera map. Secrets of the Pacific runs from November 24 and take players up to the End of Verdansk on November 30.

On December 2, Call of Duty: Warzone will formally change its name to Call of Duty: Warzone Pacific as it opens the doors to Caldera. Caldera is “roughly the size” of Verdansk, and is “based on two years of research and listening to the community”. There’s lush forests, sandy beaches, mysterious ruins and even a dormant volcano. The map will also launch alongside the promised Kernel level Ricochet anti-cheat system. Call of Duty: Vanguard owners will also get 24 hours early access to the new location.

There’s more to break down that we’ve not really got room for here, so you can read the entire thing on the Call of Duty Blog. There’ll be more on what’s coming in Call of Duty: Vanguard‘s Season One side of things, we’re promised, closer to launch.

For now, you can check out the roadmap for everything between now and Call of Duty Warzone Pacific‘s launch on December 2. Call of Duty: Vanguard, meanwhile, lands on November 5 on Xbox Series X|S, Xbox One, PlayStation 5, PlayStation 4 and PC.

Welcome to #CODSZN! 🙌#Vanguard begins a massive year of all the new Call of Duty content. We’re dropping everything you need to know about launch and the road to Season One: https://t.co/TB6xdKtpaY pic.twitter.com/ChR1XhIwR3