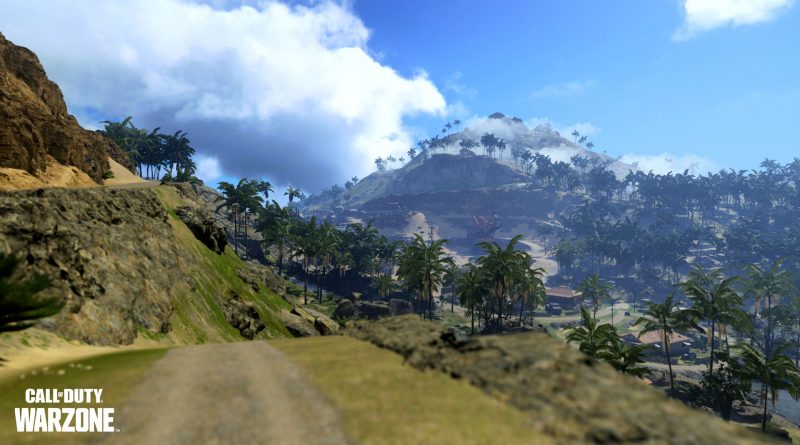 Call of Duty: Warzone will be getting a new Pacific map to bring the game in line with the WW2-set Call of Duty: Vanguard later this year.

As detailed on the Call of Duty blog, the new map is said to be “roughly the size” of previous map Verdansk. However, it’ll be a lot more open and exotic than the crumbling cities of old. We’re promised picturesque mountains, lush verdant greenery and plenty of rocky crags to explore.

Of course, there’ll be plenty of new points of interest in the new location. Raven Software say they’re using everything they’ve learned and player feedback from nearly two years of the original Call of Duty: Warzone.  “The result is a fun and incredibly compelling gameplay space with numerous points of interest to explore and an exceptional depth of combat potential.”

The new Call of Duty: Warzone Pacific map will also launch with a brand new “multifaceted” anti-cheat system on PC. While Raven are obviously keeping specifics close to their chest, it’s already being put through its final paces. It should be out on the very same day as the new map.

While the announcement alludes to a launch alongside Call of Duty: Vanguard on November 5, the post specifically says “following the launch” — so it may not be exactly the same day. We’ll find out in just a few short weeks.

Elsewhere, Call of Duty: Vanguard revealed its own multiplayer details in its livestream last night. You can read all about those over here.

🌴We are going to THE PACIFIC🌴

A new #Warzone map will launch later this year!