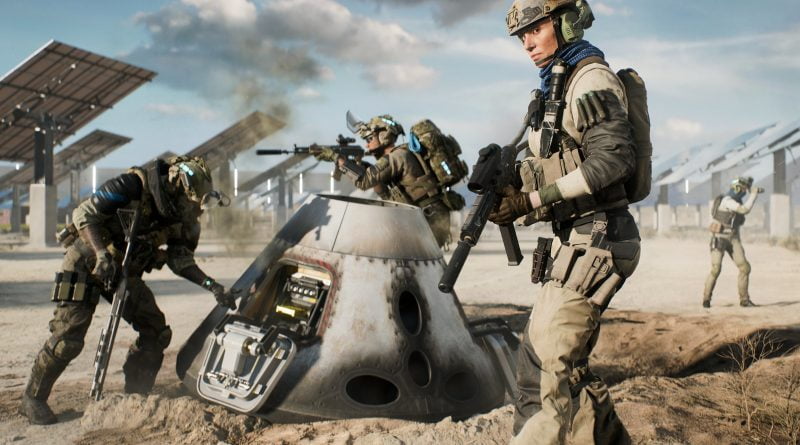 Johnson recommended that until the feature is added, players use third-party apps on PC like Discord or parties on Xbox and PlayStation consoles. Battlefield 2042‘s developers are planning to update the game with in-game voice chat shortly after launch.

While the feature’s exclusion is a surprise, for many players it won’t be too big of a deal. Voice chat in Battlefield V (which goes by its technical name, VOIP) was often turned off by players who would communicate using the alternatives Johnson previously suggested. However, that’s also because communication isn’t entirely necessary in conquest or breakthrough, Battlefield’s two objective-based staples.

The same can’t be said for Hazard Zone, one of the new game modes being introduced in Battlefield 2042. The mode flies squads of players onto a map and tasks them with retrieving data drives from across the map and then extracting. In the process, players have to fight off other squads of players as well as A.I. combatants. Playing this game mode requires proper communication between squadmates, and without any in-game voice chat, players who aren’t friends on their platform of choice will have no option but to rely on 2042‘s rudimentary pinging system.

Battlefield 2042 is set to launch on November 19 for PC, PlayStation 4, PS5, Xbox One, and Xbox Series X/S. An early access period for the game starts November 12.