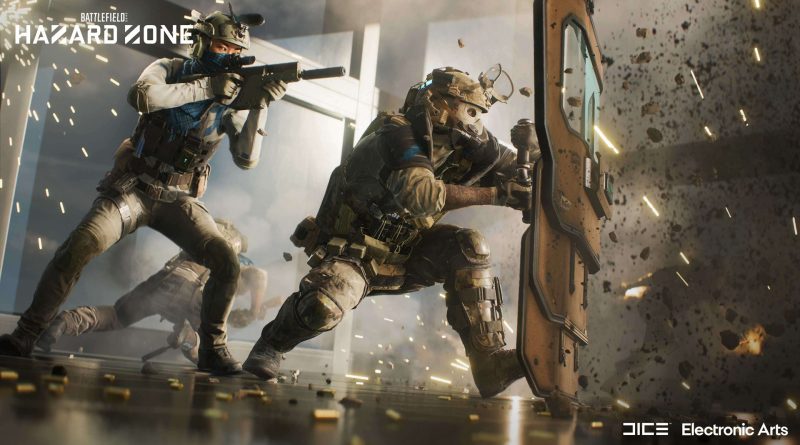 EA DICE has revealed the details of Hazard Zone, a new squad-based mode coming to Battlefield 2042 at launch.

The mode sees players in squads of four tasked with recovering data drives from various regions of the map. A briefing screen before each round will provide vital data on which areas have more data drives in them. Of course, these areas will be more dangerous, and it’s high risk, high reward, as each player has only one life.

After the briefing, you’ll pick your Specialist and Loadout, and each Specialist must be unique. You’ll use a currency called Dark Market Credits you’ll earn from playing the mode to purchase weapons and equipment. If you’re low on DMC, no fear; you’ll still have access to a free assault weapon. You’ll also be able to use DMC to buy one of fifteen Tactical Upgrades, which are specific boosts such as increasing your number of throwables.

Getting into the battle itself, you use a scanner to search for the downed capsules. As well as other players, you’ll also have to keep your eye out for AI-controlled Occupying Forces guarding the drives. More of these drives will also drop as the match continues and it’ll be up your squad whether you risk going for them or make your exit.

To escape, you’ll have to make your way to an Extraction Zone and defend it. It sounds like there’ll be several opportunities to escape, with the map getting deadlier the longer you put off escaping. The final moments will see all remaining teams facing off to escape the Hazard Zone with their drives, with the losers losing all remaining drives to the storm.