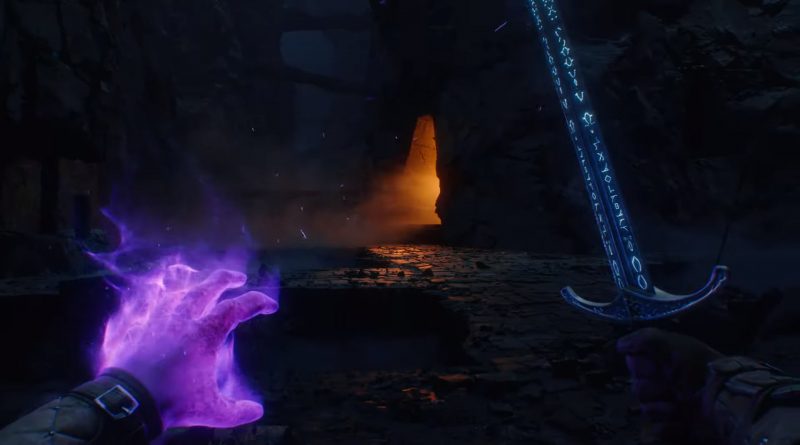 Upcoming Xbox exclusive RPG Avowed has been rather quiet since it was announced last year, but a few new titbits of info have emerged to whet our appetite.

The details come from a new report from Windows Central that claims to have spoken to “sources familiar with internal plans” for the game. According to them Avowed has “many mechanics and core gameplay pillars” already implemented. They go so far as to claim Obsidian have the game almost in a playable alpha state.

To recap, the game is set in the World of Eternity universe, last seen in 2018 RPG Pillars of Eternity II: Deadfire. As previously detailed, it’ll take place in the world of Eora but with a first person view, rather than that game’s isometric viewpoint. Indeed, the report says that the game is Obsidian’s answer to Skyrim in a similar manner to how The Outer Worlds was their take on Fallout.

The report claims it’ll be using a similar but enhanced version of The Outer Worlds‘ engine. Apparently, it’ll also include “multiple class playstyles” with the addition of a two-handed combat system. You’ll be able to wield two-handed weapons like bows or a pair of daggers. There’s the option of having one hand with magic and the other with a blade. More powerful spells, however, will require the use of both hands.

The report also claims many spells will return from Pillars of Eternity. These include Jolting Touch, Fetid Caress and more. Allegedly the game will include destructible environments as well as creatures including Xauripe, wyverns, drakes and more.

At the time of writing neither Obsidian nor Xbox have confirmed this info. But hopefully, we’ll see more on Avowed soon. There’s no release date yet, but the game is in development for Xbox Series X|S and PC.