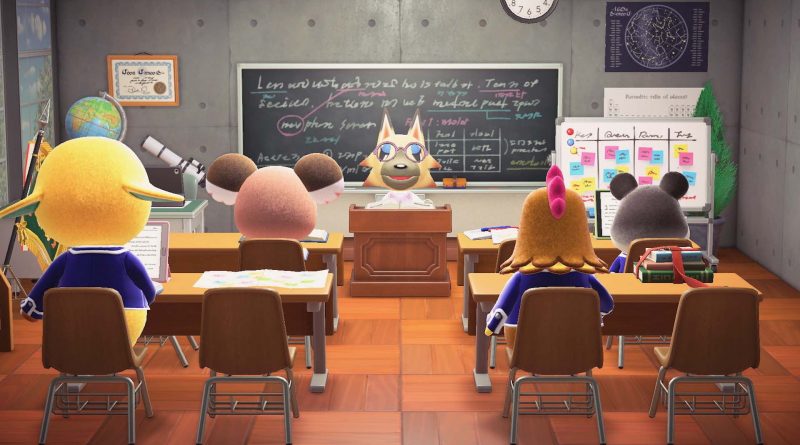 Animal Crossing finally went mainstream with 2020’s New Horizons, which has already outsold all of the series’ previous entries. That means there are a lot of new players exploring the world for the first time, and with Animal Crossing: New Horizons offering more possibilities than ever, there are a lot of questions to be answered. This is certainly a charming game you can kick back and relax with, but there are a few tips that will let you flex your creative muscles much faster than just flying by the seat of your pants.

Between gathering supplies, earning bells, transforming your island, making friends with your villagers, and even investing in the stock market (adorably named the “stalk” market), the early hours on your island will no doubt feel overwhelming. Whether you’re a first-timer or veteran villager, we’ll let you know exactly what to do to start off your island adventure right.

After upgrading from a tent to a house, you’ll access a storage system. This is a great place to hold on to materials because, even if you don’t need them now, new recipes or island projects might require more than you can farm from the island in a single day.

While walking on the beach, there will be small holes that let out water. Once you have a shovel, you’ll be able to dig up manila clams, which can be crafted into fish bait. It’s also how you can dig up the communicator parts the popular non-playable character (NPC) Gulliver asks for when he washes up on your shore.

Your new island life will feel a bit primitive at first. You can only use flimsy tools that break easily, your pockets hold few items, and sorting through tools can feel like a chore. But all of these will improve fairly quickly.

Key upgrades can be accessed using the Nook Stop terminal in resident services. This allows you to pull up a customizable ring when pressing up on the D-pad. You can purchase two Pocket Organization Guide upgrades. Each adds a new row of storage to your pockets. The Pretty Good Tools Recipes option takes your flimsy tools and turns them into, well, pretty good ones. They’ll still break, but not as quickly.

There’s gold in them thar hills

Well, sort of. Once you gain access to hills, a whole new world opens up. First, you’ll need to have the museum tent set up. The first time you talk to resident owl Blathers, he’ll give you plans for a shovel and ladder. This will let you climb the cliffs, dig, and hit rocks.

Aside from the new trees, flowers, rocks, and fossil sites you can access, there are some things that can only be found in these areas, including cliffside-only fish such as the cherry salmon and the rare golden trout.

Bust out your rod and net!

Bug catching and fishing in New Horizons can be both relaxing and frustrating. You will notice bugs all around your island early on, as well as shadows in the water indicating a fish swimming below the surface, but you’ll need special tools to start catching them. You’ll want to collect all the different types for achievements, completing the collection in the museum, and sell them to earn yourself some easy Bells while you’re at it! The type of bugs and fish you’ll find on your island not only change depending on whether it’s day or night time but they also cycle throughout the seasons, giving you yet another reason to come back.

Catching bugs is simple. The only thing you’ll need to get started is a net, which you can craft yourself or purchase from the Nooks for 400 Bells, and a target. With your net at the ready, or at least in your inventory while you’re doing other things, keep your eye out for any critters scuttling around the ground, relaxing on flowers, or just flying through the air. Swing your net to capture it and add it to your Critterpedia.

Some bugs are a little trickier to get, however. They might be hiding in trees and won’t come out unless you shake them, or they could be buried under rocks you need to scare out by hitting them with a shovel. Finally, be aware that some bugs don’t exactly want to be caught. Wasps, scorpions, and mosquitos will try to attack you if you can’t catch them first, which might cause your little villager to pass out.

Fishing, as you could probably guess, requires a fishing rod. You will get the recipe to make one yourself from Resident Services, which only requires five tree branches to craft a flimsy one to get started. With that, head out to a body of water, either a river, lake, or the ocean, and look for dark shapes darting around the water. These are your targets, and just like bugs, they will change depending on the month, time, and location.

Try to aim your cast in front of the fish’s shadow to get its attention. It might take a few attempts since they will dart around randomly, so feel free to reel it in and cast again if it doesn’t look like it’ll bite. Once you get a bite, don’t reel in right away! Wait for the lure to dip under the water before you start drawing it in to catch your fish. Fish also add to your Critterpedia and can be donated to the museum, where you can see them swim around a little aquarium.

There’s a do-it-yourself workbench in resident services, but running to and fro gets old pretty quickly. Once Tom Nook bestows you with crafting abilities, you’ll gain a recipe for a “simple DIY workbench.” This tree-stump-looking workbench is perfect for an easily accessible outdoor location.

I also recommend setting up a workbench in your home. This will make things much easier when you have to dip into materials kept away in your storage.

No seriously. If you see a balloon, get popping. The slingshot is available early on for purchase. Last release New Leaf had disappointing prizes: Pieces from the balloon furniture set. The balloons in New Horizons offer different items and sometimes 10,000 bells. Yes, 10,000 or 5,000 bells will magically fall from the sky. So if you’ve grown weary of balloon popping post-New Leaf, give it a new try.

Stamps got a lot more expensive

Sending mail in Animal Crossing was a free public service. A trio of pelicans — Pelly, Phyllis, and Pete — dutifully took the mail of villagers, and in rain, sleet, snow, or hail, they delivered what we mailed.

Now, Dodo Airlines will take those letters, and it’ll be 200 bells, thank you very much. There are some fun changes like seasonal letterpress. This is accessed at the airport where you can also take off and visit other islands.

It’s possible this will change and a full post office will get built. After all, Blather’s museum, the Able Sisters, and even Nook’s Cranny aren’t available at the start.

Pay your friends a visit

If you’re looking for some inspiration, why not pay a visit to some of your friends who may have been playing longer and see what their islands look like? It’s easy to hop on the plane and head on over! Just head over to Dodo airlines, which we just spoke about, and select the option I Wanna Fly! Next, choose Via Online Play and confirm your choice. You will have a list of your friends who have their islands set to be open to visitors to select from. Pick the one you want, and Dodo will whisk you over in a flash!

This is a great way to share designs and resources with friends, but you will also work toward earning more Nook Mile rewards!

Learn to play the turnip game with the stalk market

The cleverly named stalk market lets you buy and sell turnips, which fluctuate in price throughout the week. There are ways to track your island’s prices to best predict the right time to buy and unload for the maximum amount of bells. Do this successfully, and you can quickly end up very wealthy.

If you really want to delve into the stalk market, you can comb dedicated sites to see what turnips are selling for on other islands. This practice has become more common and much more serious with the release of New Horizons. Some islands even employ bouncers, as literally thousands of players clamor onto these highly sought-after locations.

Make it your own with custom designs

You can quickly start making your own works of art in New Horizons, but the Pro Designs upgrade lets you take things to another level. The intricacies of sleeves and different silhouettes for dresses, tops, hats, and more can now be fully customized.

You can also share your creations with other players or download one shared online or by a friend. If you have an old favorite you made in Animal Crossing: New Leaf, you can still use it by capturing the QR code associated with the design.

Terraform to your heart’s desire

There’s another way to use those designs: turn them into pathways or ground decorations. But you’ll need the much-anticipated terraforming ability first. Once featured in trailers, Animal Crossing fans eagerly awaited the release of New Horizons to see how they could truly make their islands their own. You’ll first need to attract singer K.K. Slider before Tom Nook lets you take the reins.

This also includes upgrades that can be purchased with Nook Miles in the form of different preset path options and the ability to terraform cliffs and water.