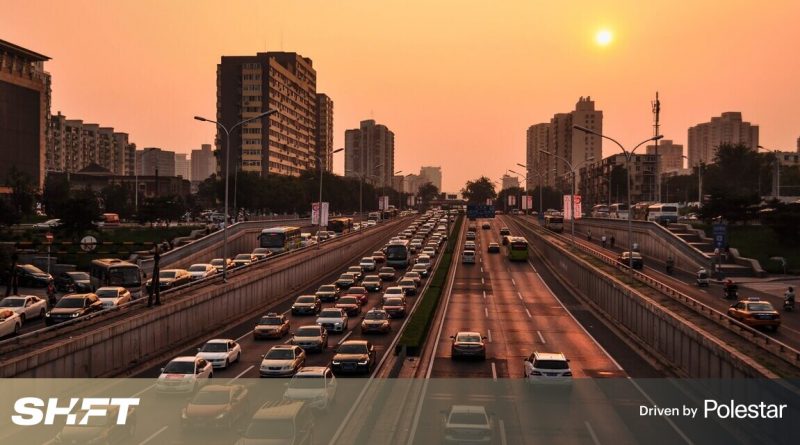 Many states in the US use toll roads to encourage carpooling. Cars with over three people (technically known as high occupancy vehicles or HOVs) can then receive a discount of up to 50% off their toll during peak hours.

The problem is that people cheat. But a company called Carma has stopped HOV cheating in Texas, a state with over 50 toll roads. I spoke to Carma’s Chief Business Officer, Paul Steinberg, to find out more.

The GoCarma app uses Bluetooth and GPS in the Dallas-Fort Worth Express Lane locations to verify there are at least two people in the vehicle. Vehicles with a verified HOV status then receive a 50% HOV toll discount.

Specifically, the app measures occupancy. It counts how many phones are traveling together in a vehicle.(If you’re in the car with people without a smartphone such as kids, an Occupant pass can record their presence in the car).

HOV tolls are becoming the norm

Over 45,000 daily commuters in Dallas-Fort Worth use Carma technology. Carpool rates have increased by 15% in a little over a year.

Paul explained the need as part of a bigger push to increase HOVs:

The more cars you fit in a lane, the slower it goes. And there are mandates on how fast that road must travel. The new transportation bill mandates that every new toll road in the US must have an HOV component to it.

So, the tech has come at a great time, as cities focus on improving their carbon emissions. To date, Dallas-Fort Worth commuters have saved roughly 3300 metric tons of CO2 by choosing to travel together using GoCarma instead of driving alone. That’s the equivalent of reversingCO2 emissions from just over 700 passenger vehicles driven for one year, or 400 homes’ energy use for one year. Impressive, right?

An additional advantage of apps like GoCarma is that they remove HOV enforcement from police. Many are calling for the need to separate police from non-critical traffic enforcement tasks.

An extensive investigation by The New York Times found that many cities utilize police as revenue agents for traffic violations, instead of public safety infractions. As a result, driving is one of the most common daily routines during which people get shot, tasered, beaten, or arrested after minor offenses.The New York Times identified 400 cases from the past five years in which officers killed unarmed civilians who had not been under pursuit for violent crimes.

For catching HOV violators, the use of police is also a highly inefficient form of policing.

Historically, the only way to catch people for vehicle occupancy violations is a police officer on the side of the road peering into vehicles — even if they have a camera, they still have to drive and pull over offending drivers. And they can only pull over two or three people an hour.

So as traffic volumes have increased over decades, the percentage of actual cheaters they are catching keeps going down because they can only catch about 4% of the total number of cheaters that are driving past them in any given hour, even if they’re on the road.

By using technology such as GoCarma, enforcement saves time and money. Violation detection shifts from the police, reducing police shootings and police injuries in the line of duty.

GoCarma acts as a deterrence to repeat offenders

If you get caught in a HOV lane without exemption, the fines can be steep. For example, in California, a HOV lane violation ticket is a minimum $490 fine. Many states even have additional fines for anyone caught trying to use a doll or dummy to fake passengers.

But maybe there’s another way? As Paul shared: “What we’ve been able to do in Dallas is by flipping that model, going away from enforcement and moving to verification.”

With GoCarma, violating users receive a series of escalating warnings. Carma reports that 98% change their behavior before the fourth notification. While habitual violators get suspended from HOV discounts for 30 days, they can still use the managed lanes. To date, less than one of every 1,000 users has received a suspension, with violation rates lower than 2%.

Carma is upgrading their platform next year to allow cities to deploy congestion pricing easily. But as Paul explained:

What is unique about Texas, is that they are flipping the model of road user charging. They want to give you discounts. So, as the US government is looking at road user pricing, TxDOT wants to give money back for good behavior.

If you change your time of day for commuting, they’re going to give you money back. If you take an alternative route during peak times such as a game at the Dallas Cowboys Stadium, they’ll pay you.

Carma’s work in Texas has attracted national and international attention with interest in cities such as Bogota and Dublin. The company received a Toll Excellence Award for innovation from the International Bridge, Tunnel and Turnpike Association.

As the world tries to solve its big emissions problem, the easiest emission to solve is transportation. That’s where all the oil is being burned. And it’s the simplest thing to introduce a policy that will encourage carpooling or less driving.

Changing driver behavior is hard. But where punishment has failed, Carma might have found the solution, incentivizing drivers to do the right thing.