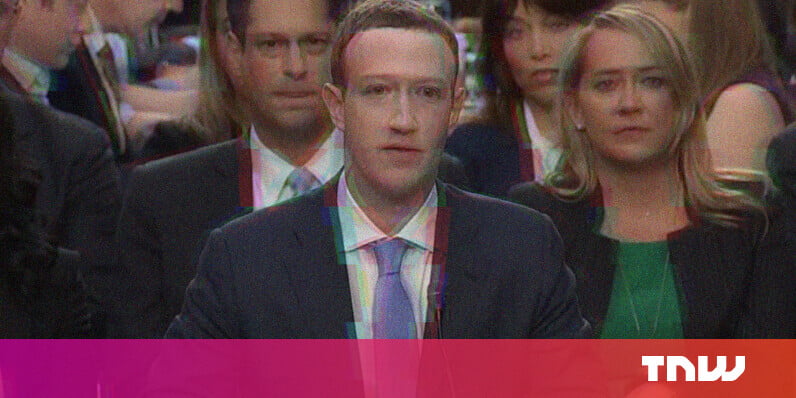 Facebook may have changed its corporate name to Meta Platforms, but that won’t end its troubles – nor efforts to rein in the social media company’s business practices. Lawmakers are pondering new ways to regulate Facebook, whose CEO, Mark Zuckerberg, wrote in 2019 that he welcomed new “rules governing the internet.” With that in mind, we asked three experts on social media, technology policy, and global business to offer one specific action the government could take about Meta’s Facebook service.

Social media sites like Facebook are designed for constant interaction to engage users’ attention. To rein in Facebook, lawmakers must first understand the harm that results from algorithmic manipulation on these platforms. One thing Congress could do is make sure Facebook gives users more control over what data the company collects about them and why.

Most people who use Facebook are unaware of how algorithmic recommendations affect their experience of the platform and thereby the information they engage with. For example, political campaigns have reportedly tried to manipulate engagement to get more traction on Facebook.

A key aspect of providing such transparency is giving users greater access to and control over their data, similar to what’s proposed in California’s Consumer Privacy Act. This would allow users to see what personal data Facebook collects about them and how the company uses it. Many people don’t realize that Meta has the ability to make inferences about their political preferences and attitudes toward society.

A related issue is data portability tools and rights that allow users to take the data, including photos and videos, that they shared on Facebook to other social media services.

Providing users with more control over their data will go a long way in ensuring independent accountability and oversight of Facebook’s operations.

In October 2020, Facebook sent a cease-and-desist letter to New York University researchers. The researchers were investigating the spread of misinformation on Facebook through political ads. The company told NYU that scraping its platform violated Facebook’s terms of service, and it threatened “additional enforcement action” should the practice continue. In August 2021, Facebook terminated the accounts of two researchers and cut off NYU’s and its partners’ access to its political ad repository.

Companies like Meta are not exactly forthcoming about the problems on their platforms. The public hears about issues like misinformation and bias largely through the efforts of researchers, journalists, and internal whistleblowers.

Congress holds the power to stay Meta’s hand when it comes to threatening legal action or blocking accountability research. Congress could, for example, add a research exemption to the Computer Fraud and Abuse Act, which would shield researchers from the threat of lawsuits for using data not explicitly authorized by a social media company, or protect employees from retaliation.

Congress could go further still: It could mandate transparency. Nothing about free speech doctrine or platform immunity prohibits the government from imposing auditing or reporting requirements for social media. The Federal Reserve embeds regulators in national banks.

Why shouldn’t Meta — a company with a US$900 billion market capitalization and ambitions to spawn a metaverse — have to open its operations to scrutiny?

I have a pragmatic suggestion for what the government might do about Meta.

When New York Times columnist Farhad Manjoo recently posed this question to experts, they came back with numerous solutions. Ultimately, Manjoo concluded that with the deep political divide in Congress, “doing nothing may be the likeliest outcome.”

I, too, agree it’s the most plausible scenario. Nevertheless, one fact is incontrovertible: Meta is under pressure right now, and the government can use this leverage to extract immediate benefits for society regardless of what happens down the road.

There is a larger problem than big tech’s lack of accountability: Almost half of all Americans cannot use the internet at broadband speeds. This is unacceptable in a post-pandemic world, where high-speed internet has proved essential. Broadband internet is also unaffordable for many.

Even the $65 billion earmarked for broadband in the infrastructure bill just approved by Congress isn’t enough to close America’s vast digital divide. My Digital Planet research team at Tufts has estimated that the true cost of closing the infrastructure access gap is $240 billion – leaving a $175 billion shortfall.

Lawmakers could use the stick of regulation to get the company to agree to blanket the nation with broadband. Meta already has two programs it could use to close gaps in both rural and urban areas.

At the same time, Congress could levy a tech tax on digital ads sold by Facebook and other social networks to subsidize telecommunication services in high-cost areas.

By giving more people access to high-speed internet, Meta will benefit by increasing the number of people who could eventually join its metaverse. While that may seem counterproductive, the ills of Facebook are outweighed by the greater ills of large swaths of the U.S. with people unable to use the internet for essential services because we couldn’t raise enough money to close the gap.

This article is republished from The Conversation under a Creative Commons license. Read the original article.